Maddie has been playing both travel and recreational softball for 14 years. She attended Bishop Stang High School were she was the starting Varsity Short Stop for all 4 years. During her time at Stang they were names 2013 Division II South Sectional Champions and won back-to-back EAC Championships in 2015 & 2016. She was named the "Unsung Hero" her freshman year by her coaches. She was a 4 time Herald News  and Standard Times All-Star and a three time EAC All-Star. She was also apart of the 2016 Super Team and was named MVP her Senior year at Stang. In 2015-2016 Maddie was named The Standard Time's Athlete of the Year Award. She is currently attending Sacred Heart University and playing Short Stop for the TCI Eagles 18U Showcase team. 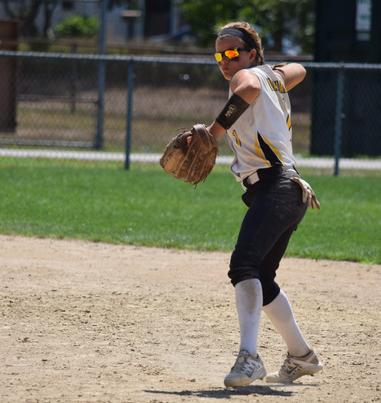