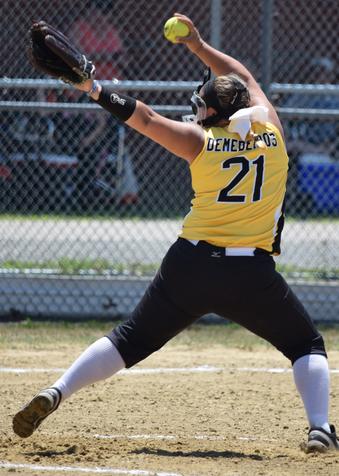 Kayla has been around softball for about her whole life. She started playing at the age of 5 at Bay State Girls Softball League. Kayla began pitching around the age of 7 and was a starting pitcher for all her REC teams and her travel teams at a young age. Around the age of 11 she became a big competitor who kept playing travel ball for years going forward, playing for:  Bay State Blitz, Northern Crush and TCI Eagles 18U Showcase team.  In 2013 Kayla entered Greater New Bedford Voc Tech High School and was a starting player each year. During her years of playing at High School she was a  2016 Division 3 South Sectional Championship, was named to ESPN Boston's 2016 "Best of the Rest" and The Boston Heralds All-Scholastic Team and All Star Team for 2016.

And Kayla was also honored as the 2016 Standard-Times Softball Player of the Year!